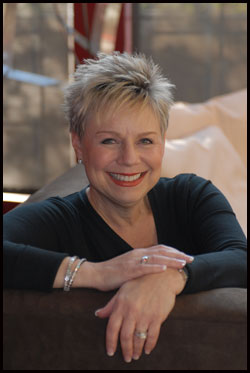 Erica J. Keeps
Principal, CPT, possesses a Master's degree in Educational Psychology from Wayne State University, Detroit. In her 30 year training and development career, she has been a consultant to business and industry, Manager, Corporate Training at J. L. Hudson Co. and Training Administration Manager at Allied Supermarkets. She has produced and supervised the production of numerous instructional materials and performance management systems. Erica has also provided staff development for instructional designers, administrators and performance engineers. She has managed large-scale projects and conferences. Erica is a former Executive Board member of the International Society for Performance Improvement (ISPI) and a Past President of the Michigan Chapter of ISPI. She has a number of publications to her credit in the training and human performance arenas. Erica is co-editor of the first two editions of the Handbook of Human Performance Technology and co-author of the best-selling, award-winning series of books Telling Ain't Training, Training Ain't Performance, Beyond Telling Ain't Training Fieldbook and Beyond Training Ain't Performance Fieldbook published by ASTD Press. She is also co-editor of the Wiley/Pfeiffer Learning & Performance Toolkit Series. Among her many awards for outstanding contributions to instructional and performance technology are the Michigan ISPI Chapter, the Montreal ISPI Chapter and the Los Angeles ISPI Chapter Member for Life awards. Erica was the 1993 recipient of ISPI's Distinguished Service Award. Erica can be reached by phone at 310.497.8466 or by email at ekeeps@hsa-lps.com.